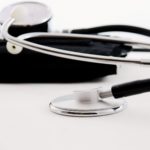 Recovering from a catastrophic injury often involves a multitude of direct and indirect costs, from medical bills to home modifications to modalities that improve mobility. If you’re an attorney representing a client who was seriously injured, you will need evidence to prove the extent of the injury and associated costs during litigation or when negotiating with the insurance company. This is … END_OF_DOCUMENT_TOKEN_TO_BE_REPLACED

If you’re an attorney representing a client who sustained a catastrophic injury, a life care plan can help attain the nursing care services that your client will need to achieve optimal recovery. An objective and evidence-based life care plan can be valuable evidence during litigation and when negotiating with insurance companies. So, whether you're dealing with a lumbar fusion procedure or the … END_OF_DOCUMENT_TOKEN_TO_BE_REPLACED 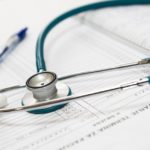 Activity intolerance can be just as debilitating as paralysis and any other catastrophic injury. In order for a person who suffers from this condition to live the fullest life possible, it is often necessary to create a nursing care plan for activity intolerance The goals of such a nursing care plan will depend on the patient’s symptoms, which may include fatigue, dizziness, chronic pain, stress, … END_OF_DOCUMENT_TOKEN_TO_BE_REPLACED 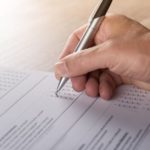 In order to offer life care planning Pennsylvania attorneys rely on to get justice for their clients, a certified life care planner must uphold a certain standard in their work. Plans born of thorough research, expert medical opinion, and clearly stated instructions for care are the ones that hold up to the court’s rigorous standards. At Cardinal LifeCare Planning, we employ certain methods to … END_OF_DOCUMENT_TOKEN_TO_BE_REPLACED 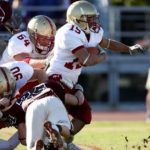 It’s been reported that high school athletes sustain an estimated 300,000 concussions per year, and as certified life care planners, we see the number of concussions cases rise each year. So it’s no wonder that whether it’s soccer, football, wrestling or some other sport, teens and parents are becoming increasingly concerned with the prevalence and effects of concussions in high school athletes. … END_OF_DOCUMENT_TOKEN_TO_BE_REPLACED